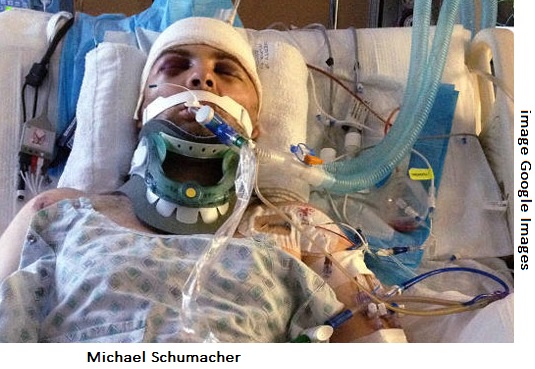 A story I wrote on December 30th 2013 after Michael Schumacher's skiing accident has come to pass and is still unfolding as had been written almost a year on.

The original story as published can be viewed in full by clicking on the "Search" tab and typing in 'Schumacher'. But the question remains from the original story... if people were told of a major problem ahead, would they listen? Probably not as was the case of the late CEO of Two Degrees Mobile (Eric Hertz).

Hertz was told of an impending and major series of events ahead for him 4 months and 6 days before he flew his light aircraft into the sea, killing himself and his wife Kathy, and brought about the changes to the Company as calculated by Data Logistics, and presented to him on 24th November 2012.